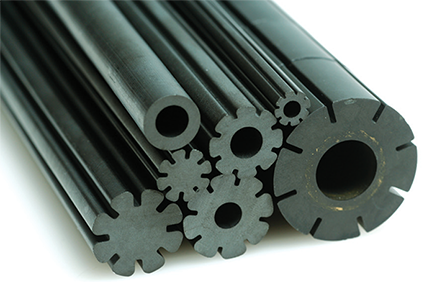 What Is Ferrite?
A natural mineral form of ferrite called magnetite has existed since the Earth’s early beginnings, and was the “lodestone” used by ancient navigators in primitive compasses. Commercially used ferrites are all manufactured products, and were developed independently by scientists in Japan and Holland during the 1940’s.

There are two main types of ferrite, which are referred to as “hard” and “soft” ferrites. These terms do not refer to physical hardness, but rather to their abilities to retain magnetism. Soft ferrites retain very little permanent magnetism, and are the type used in impeders.

EHE ferrite needs less than half the cooling time of other types. This means the impeder operates at a lower temperature, greatly increasing its working life. This in turn means fewer impeder changes and less mill downtime. 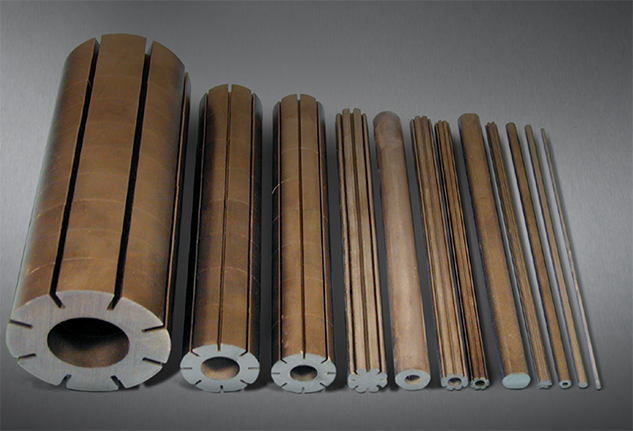 Ferrite specifications
A theoretically perfect ferrite for impeders would be able to support an infinite amount of magnetic flux, and would have zero losses, requiring no cooling. Such a material has yet to be developed, however there are vast differences in the magnetic and electrical properties of commercially manufactured ferrites, which permit them to be tailored to the application in which they are used.

Most of the ferrite produced in the form of rods or tubes is designed for antenna rods in radio receivers, where it operates at high frequencies, but at miniscule power levels. Impeder ferrite operates at very high power levels, but relatively low frequencies of 200 – 500 kHz. Choosing the wrong grade of ferrite for use in impeders can have a disastrous effect on the efficiency of the welding process, and the life of the impeder.

Ferrite is the most critical component in an impeder. Some manufacturers use a cheap grade designed for use in portable radios, not for the high power densities and temperatures in tube welding. EHE ferrite is specially made to our stringent specifications, and offers the following advantages over inferior types:

TDK IP-H
TDK’s IP-H ferrite is widely considered the gold-standard for ferrite, and is manufactured to the tightest tolerances in the industry. It is the natural choice whenever consistency, straightness and maximum magnetic and electrical performance is required. 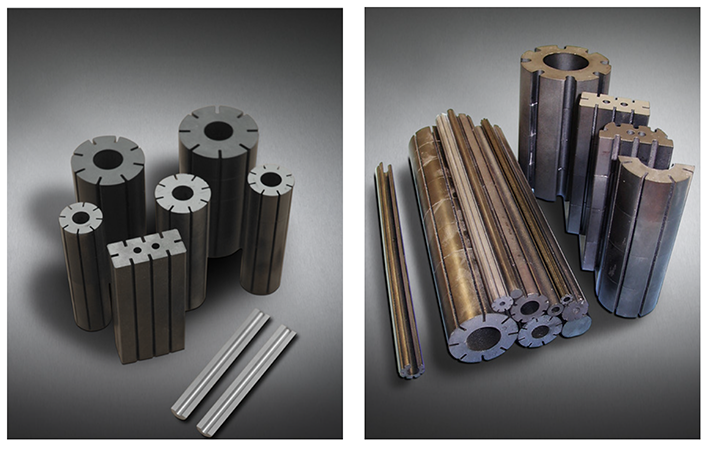 Ferromax 2010™
EHE’s own brand of high-performance ferrite, Ferromax 2010 is manufactured to our specifications by leading producers. By using multiple sources, we are able to offer premium quality ferrite, short delivery times and extremely competitive pricing. 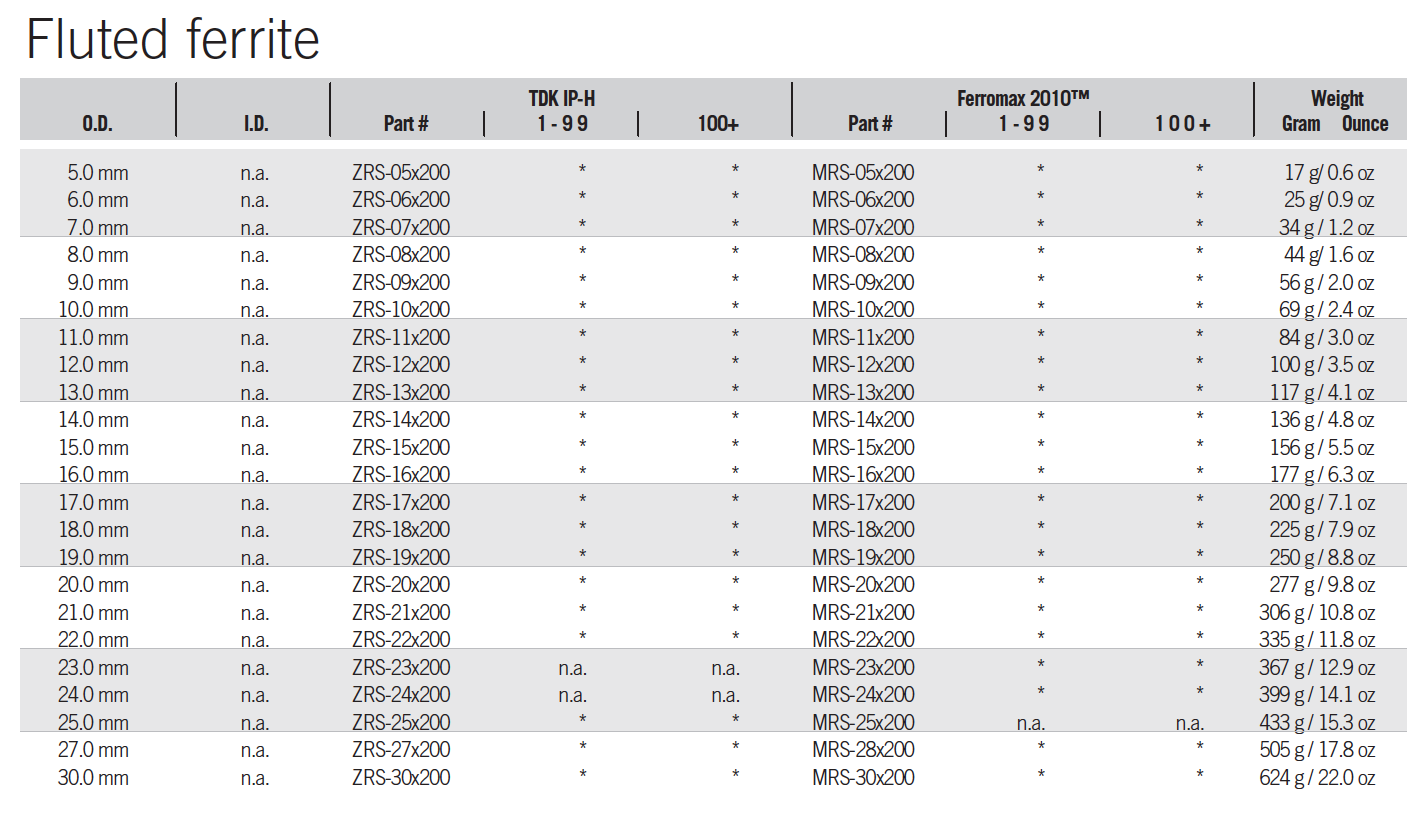 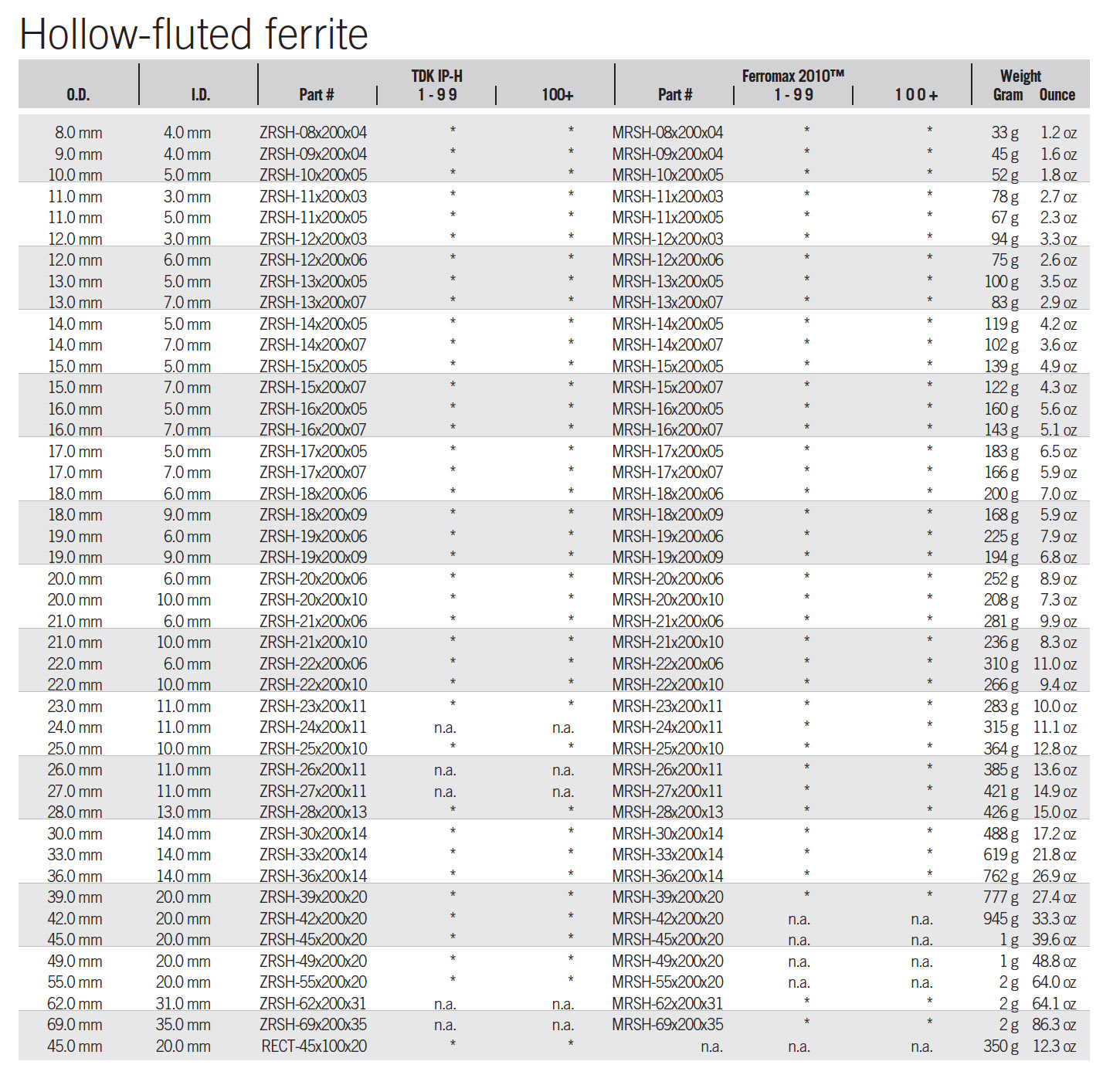 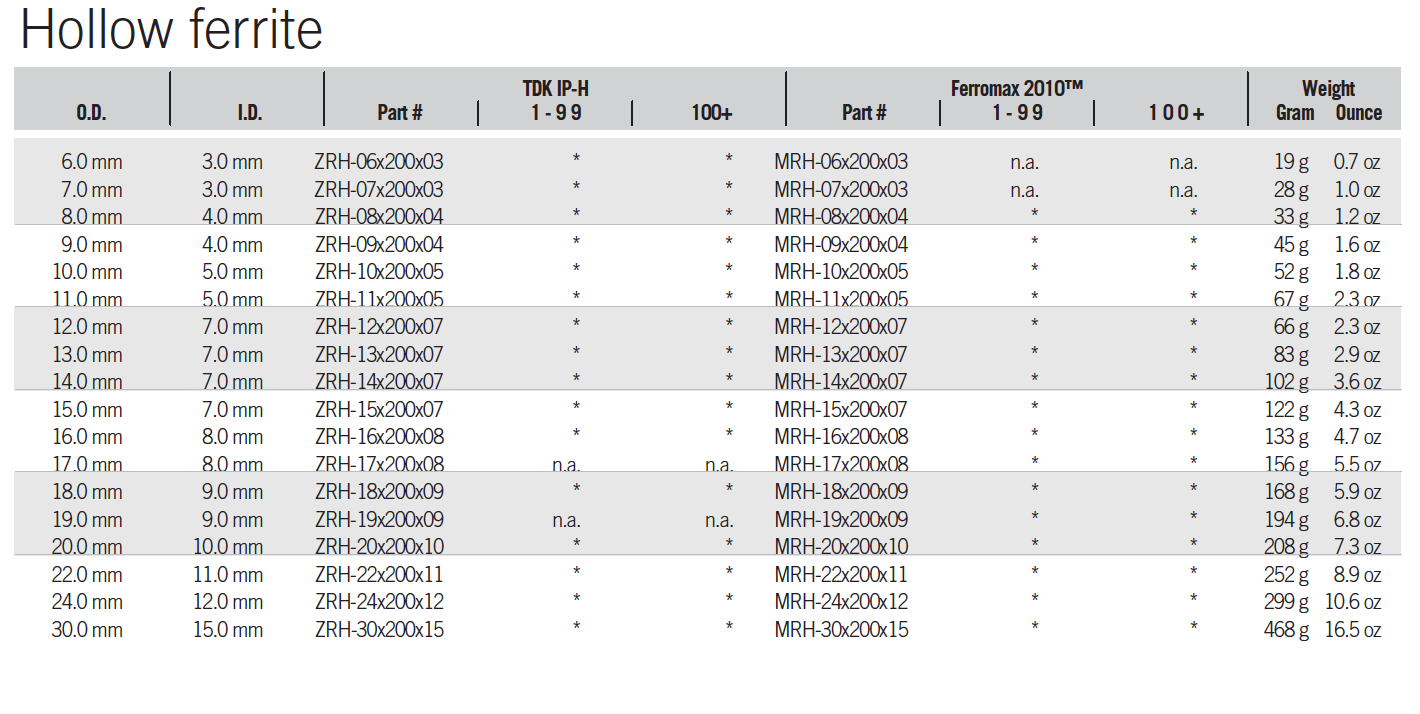